Consumer Insight – Created online surveys that gave HOLA!TV actionable insights to compete in the market and increase sales. HOLA!TV, almost did not have any audience information except for rudimentary figures from a non-accredited service in Argentina. We created a series of online surveys supported by social media and TV which gave them a wealth of insights that we then developed into presentations to significantly increased their sales. We also worked with HOLA!TV to help them implement Ibope ratings in Mexico and create presentations and infographics for that important media market.

Innovation – Created a “Total Market Planner” for MGS Comm. An Iffective client, MGS asked us to create a tool that would allow media planners not only to see total DMA impression delivery by ethnic group, but to modify the delivery simply and quickly. Our final tool –which used real local Nielsen data—was able to deliver not only impressions, but also R/F using standardized curves and CPP/CPM using specific client planning costs.

Discovered multiple sources of revenue for De la Hoya TV and created the strategic plan for its launch. An Iffective client, De la Hoya TV hired us as a Project CMO to outline its marketing strategy and discover new sources of revenue. Iffective discovered about 10 incremental sources (in addition to Distribution and Ad Sales) including the creation of a TV program and outlined a strategy to implement them in stages.

Multiplied conversion ratio by 5X.  Iffective client, Bancaso, a payday loan company in the West Coast originally had a 2.6% conversion ratio. To increase the conversion ratio we did the following: Reconsidered the target groups through relevant consumer insights; rewrote the Call-Center scripts; redid the TV commercials; re-negotiated our agreements with several radio networks in addition to TV; applied correlational analysis to all our radio buys. We successfully increased the conversion ratio from 2.6% to 12.% in 6 weeks.

Redirected DIRECTV Mas budget to Digital, meeting sales goals and lowering costs. Due to a series of market conditions (Census, World Cup, Mid-term Elections) DMG Solutions faced an inability to obtain 65% of the TV inventory needed to sustain DIRECT Mas’ call volume. We (1) moved 1/3 of budget to digital and mobile, (2) made digital CPC and per-call deals, (3) created an SMS campaign with live links to the call center and (4) integrated “click to call” buttons in all our digital ads. As part of the campaign, we restructured the radio ads, eliminating a multitude of individual phone numbers and substituting them by short codes (e.g., “Text DIRECTV to 91011) for text messaging. Met $150M sales goal. Lowered TV cost/call from $100 per call to $40.

Revised conventional demographic and media targets, winning Food Lion account.
Siboney/USA was invited to pitch for the U.S. Hispanic portion of the Food Lion account. Food Lion is one of the largest supermarket chains in the Carolinas. I used real consumer insights to buck the conventional wisdom that only women went to grocery stores and established the importance of single male shoppers. Directed the media budget to mobile and web, allowing customized messaging. Food Lion was the first account Siboney/USA had won in over 2 years.

Grew sales of stagnant technology company in Latin America twenty-fold. GrupoUno client, Kingston Technology, targeted only electronic trade to sell its USB drives. However, sales were stagnant. Using real consumer insights and a deep understanding of the purchasing process and cycle, I created an ambitious marketing and media plan to target end consumers using mass media. This included magazines, out of home (near schools) and online. Catapulted sales to 5 million units by the end of the first year. Ad budget increased from $250K to $4.3mm in one year.

Won $20M Colgate-Palmolive media buying business in Mexico. Colgate-Palmolive was an FCB/Mexico client, but not for media. To gain this assignment, I gathered support of leading media vendors, made inroads among Brand Managers via small projects and worked with their in-house media director to increase confidence in our agency. I obtained buying assignment four months ahead of schedule and, in a year, we were Colgate-Palmolive’s leading media agencies in Mexico, besting Young & Rubicam and McCann-Erickson.

Revised the L’Oreal Plenitude launch bundle, achieving 19% market share first year. L’Oreal, an FCB/Mexico client wanted to use its conventional international bundle to launch Plenitude. Based on solid consumer insights, I suggested that we redefine the target demographics to reflect the reality of the market. First, we targeted younger women, then switched the budget from mainly print to mainly TV, and ran a series of advertorials in key magazines. The successful launch led the client to adopt this strategy as part of the standard launch bundle.

Created and implemented Theory of Everything (TOE) internationally.  FCB lacked an international planning process to coordinate media and creative strategies. I created process –TOE for Theory of Everything—that inverted the usual funnel and guided the strategies from sales objectives to messaging. Adopted in Latin America, Asia and South Africa and by Nabisco, SC Johnson and other clients. 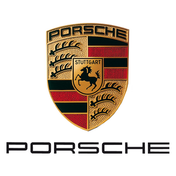 Exceeded Porsche sales and branding goals in Latin America. Porsche, a GrupoUno Miami client, was tapped to launch the Cayenne in Latin America. Using relevant consumer insights for that target, I shifted the advertising budget from 100% print to 100% digital reflecting how potential Porsche buyers preferred to read about cars. We also created the “Cayenne Club Miami” to extend the brand experience and completely trump other luxury brands by providing exclusive rentals of a Cayenne S Turbo to Latin America Porsche-Club members traveling to Miami. We achieved 100% of the year’s sales goals by July.

Innovated Consumer Insights via Constellations: a unique strategic planning & business development tool for Latin America. With FCB, worked on the creation and expansion of a 100% mathematically-driven cluster database. Worked with Millward Brown to use their TGI Latin America database. Used regression analysis on 245.1 million data points to develop “Constellations” in Latin America. Integrated the study back into the TGI software and implemented in Brazil, Argentina, Mexico and Puerto Rico. Only agency to have its own private research integrated into TGI database. This tool not only improved our planning beyond anything in the market at that time, it was a fantastic new-business tool, allowing us to generate highly granular targets for any pitch.

Consumer Insight – First Latin American agency to sign a regional agreement with TGI. With FCB. The agreement gave every agency full access to both, its local information and pan-regional information. Not only had this never been done, it gave smaller offices, where no local TGI information was available, the possibility of creating consumer insights for its planning and creative processes where none had been possible before. This gave us a significant advantage not only in planning, but also improved the local perception of our smaller agencies.

Relaunched Sprite in Argentina, boosting sales 30% month-over-month. McCann-Erickson Argentina client, Coca-Cola, sought relaunch of Sprite. We created a promotion with well-known TV star, Adrian Suar (Poliladron) and integrated it into the fabric of the program by making Sprite a part of the story and backing it with a contest that referred to the program. Initial sales spiked 30% monthly and remained at that level for three months. The campaign –created by the media department—won several awards in Argentina.

Turned around FCB/Mexico, jumping from #17 to #7 in one year. FCB/Mexico went through its worse period as the CEO lost 18 of 24 clients previously gained via acquisition and then departed without an exit plan. As part of a 3-person management team, reached out to U.S. counterparts for contacts with U.S. clients opening in Mexico. Created very agile, street-wise business pitches. Landed Levi’s, Nike and Nestlé’s accounts.

Changed media buying habits in global markets, solidifying the Nabisco account. FCB Worldwide had never done global results analysis for any client. I pulled sales and share results in addition to media information (GRP levels, share of voice, weeks on air…) from 13 countries in key Latin American, Asian and European countries for Nabisco. Developed media strategic, planning and buying Best Practices and benchmarks which were then presented directly to CEO Jim Kilts and adopted on a worldwide basis.